Instead of two, three nuclear power plants in Poland 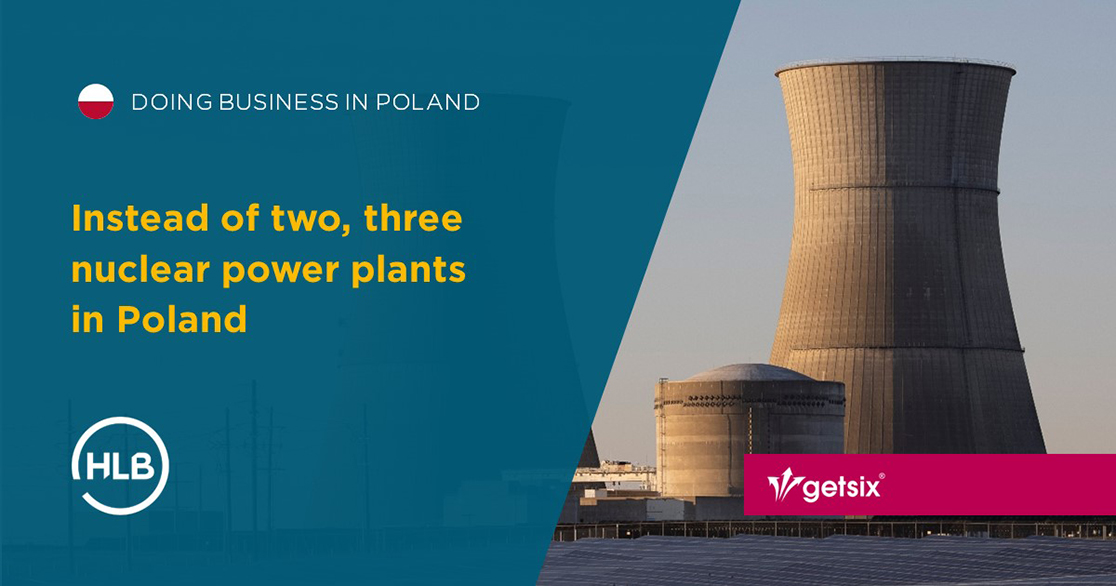 According to Anna Moskwa, Minister of Climate and Environment, these are the key figures for Poland’s first nuclear power plant. The Polish government has now decided that it will be built using technology from the US power plant supplier Westinghouse. The planned site is Lubiatowo-Kopalino on the Baltic Sea. The site is located at the northern tip of Kashubia, just under 100 kilometres west of Gdańsk. Construction work is scheduled to begin in 2026. In 2033, the first APR-1000 pressurised water reactor from Westinhouse is to go into operation. From the outset, the Americans were considered favourites to build the two nuclear power plants identified in the government’s energy programme. French energy company EDF and South Korean company KHNP also submitted bids. This was supported by the intensive preliminary political negotiations and the Polish-American partnership agreement for the development of nuclear energy in Poland, which was concluded while US President Donald Trump was still in office. When they presented their 2000-page offer in September, the Americans already thought they were on the winning track. “Poland will not find better partners than Westinghouse,” the US ambassador to Poland, Brzezinski, triumphed. The Americans urged the Polish government to make its decision on the choice of partner for the construction of the nuclear power plants by 12 October. The Polish government, however, postponed the decision. It was to depend on whether the partner of the Polish nuclear energy program would take over 49 percent of shares in PEJ (Polish Nuclear Power Plants), will provide adequate financing, and will participate not only in the construction but also in the subsequent operation of nuclear power plants. The American offer, however, was far from these values, the news portal money.pl reported, citing unnamed sources of information from government circles.

The Polish government, therefore, considered splitting the construction of the two nuclear power plants planned in the Polish energy programme between two partners. The offer of the South Korean group KHNP has a special significance in this context. As with the spectacular arms purchases in the summer, which make South Korea a new strategic partner for Poland, the KHNP offer also includes compensation services (offset). Warsaw attaches great importance to this. Thus, the transfer of Korean technology would also include the construction of a plant in Poland to produce elements for nuclear reactors. The Polish government’s manoeuvring with the rival offer from Asia caused unease in Washington. The threat to block the nuclear deal with the Koreans was followed by action. On 21 October, Westinghouse filed a lawsuit against the Korean KHNP group in an American court. The US company said it had become aware that KHNP was about to sign a memorandum of understanding with the Polish government to supply APR-1400 reactors to Poland. Westinghouse believes that such a lawsuit would require the consent and approval of the US Department of Energy. In the lawsuit, Westinghouse claims that KHNP is using a reactor design in its reactors that is the intellectual property of Westinghouse.

In a hurry, Deputy Prime Minister Jacek Sasin and Moscow’s Minister of Climate and Environment went to Washington to defuse the conflict with their American counterparts. The result was what deserves to be called “Polish nuclear diplomacy.” Prime Minister Morawiecki announced that his government had selected the US company Westinghouse to build the first nuclear power plant in Poland as part of the state energy programme. Following the announcement, 48 hours later a memorandum of understanding was signed in Seoul with the Korean KHNP group to build a nuclear power plant in Pątnów, east of Poznań. However, the contracting party is not the government or the Polish state, but the state-controlled energy group PGE as Poland’s largest electricity producer and the private lignite-fired power plant ZE PAK. After the signing in South Korea, Polish Deputy Prime Minister Sasin attached great importance to the statement that the government treats the Korean project quite separately from the state nuclear power programme, but that it nevertheless has the support of the Polish government as a semi-state commercial project. This is a de facto manifestation of the objective that not only the two nuclear power plants specified in the state energy programme will be built in Poland, but a third nuclear reactor as well. After the decision in favour of Westinghouse, the question who will build the second nuclear power plant planned in the state energy programme remains open.

If you have any further questions or require additional information, please contact your business relationship person or use the enquiry form on the HLB Poland website.