Exemption from income tax on profits of general and limited partnerships 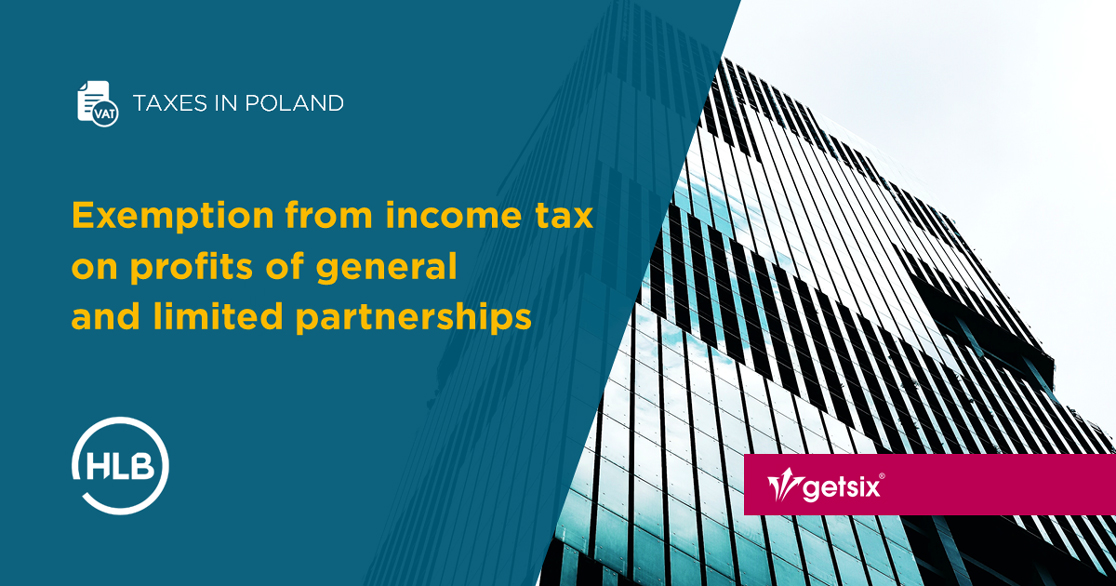 On December 15, 2021, the Polish Minister of Finance issued a general interpretation No. DD5.8203.2.2021, in which he confirmed that the exemption from income tax on certain income from participation in the profits of legal persons (e.g. dividends, income from investment funds, the equivalent of the profit of a legal entity and a company used to increase the share capital, etc.), regulated in article 22 paragraph 4 of the Corporate Income Tax Act of 15 February 1992 [PL] (Journal of Laws 2021, item 1800, as amended) may, under certain conditions, be applied to revenue (income) derived from participation in the profits of limited and general partnerships that are CIT taxpayers – generated by these companies from the date on which they became such taxpayers.

According to the provisions of the CIT Act, a partner of a general or limited partnership having the status of a CIT taxpayer who does not act as a general partner in the partnership may benefit from an income tax exemption of income from participation in profits specified in the Act if the following conditions are met:

Legal changes introduced in 2021 to which the interpretation applies

As of 1 January 2021, limited partnerships having their registered office or management board in Poland, as well as certain general partnerships, have acquired the status of corporate income taxpayers.

At the same time, the legislator amended certain definitions outlined in the CIT Act. In particular, the Act clarifies that “companies” are also understood as limited partnerships and general partnerships with the status of an income taxpayer.

Other definitions contained in these regulations provide that whenever the CIT Act refers to:

Interpretation by the Polish Minister of Finance

Taking into account the definitions mentioned above and relating them to the aforementioned article 22 paragraph 4 of the CIT Act, the Minister of Finance confirmed in his General Interpretation that companies that are CIT payers and which have the right to participate in the profits of a limited partnership or a general partnership that has been granted the status of a CIT payer may use an exemption from income tax on the income derived from participation in the profits of such a company, except for companies acting as a general partner in limited partnerships.

Which income is tax-exempt?

By the general interpretation issued, the exemption under article 22 paragraph 4 of the CIT Act may cover the income of partners derived from participation in the profits of a general and limited partnership having the status of a CIT taxpayer, that is:

The General Interpretation resolves doubts that have arisen regarding the possibility of applying for the exemption under CIT Act art. 22. par. 4 to income paid to partners by limited partnerships and general partnerships that are taxpayers of income and it should be noted that, which does not happen very often, these doubts have been resolved in favor of taxpayers.

If you have any further questions or require additional information, please contact your business relationship person or use the enquiry form on the HLB Poland website.